Here is our NBA Fantasy STYLE Team, a select group of NBA players that will inspire your wardrobe. Whose on your Fantasy STYLE squad?

Some may not agree with Russell’s unorthodox selections of attire off the court, but his unique taste in fashion has places him in his own lane. Russ has debuted a series of clothing collections and is currently creative director of True Religions Holiday 2015 campaign. He gets major style points for his achievements in the industry.

Floor general Chris Paul understands the importance of presenting himself in the most professional manner on and off the court. When he’s not dishing out assists, he’s draped in tailored suits fitted for a Wall Street bachelor, or you’ll catch CP3 wearing casual attire with a simple but effective twist.

Dwayne Wade is still doing his thing on the ball court and in the fashion game. The 12-year vet is still one of the smoothest dressers in the league. He too has collaborated with a series of fashion designers, and is creative director of his own “Brand Wade” sneaker line. 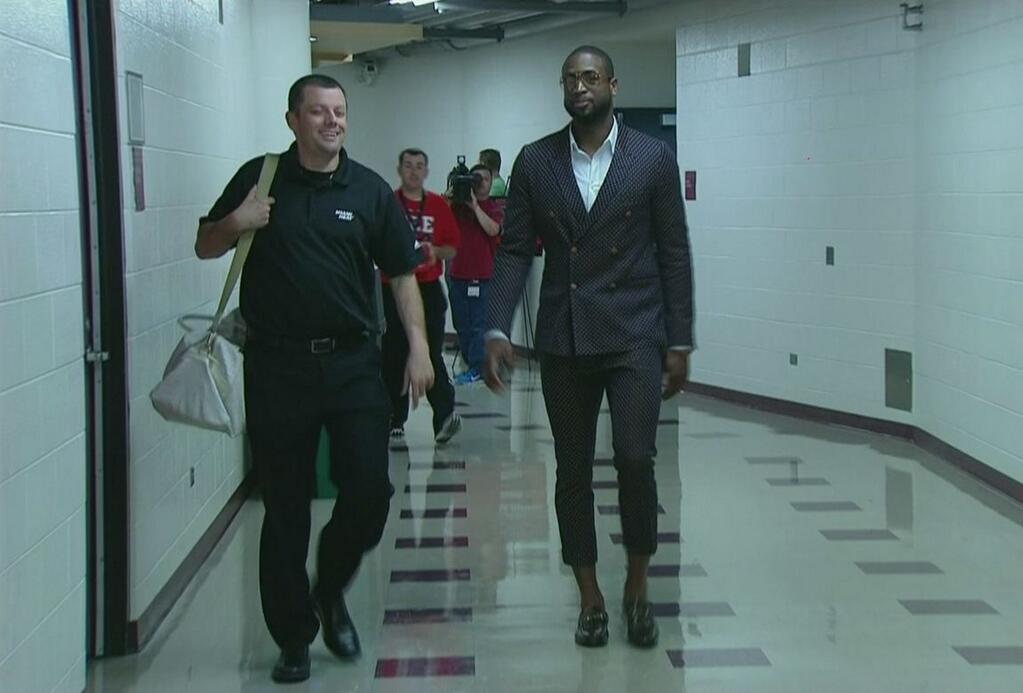 The self-proclaimed “Young Swag Champ,” James Harden hands down has the best beard in sports, that’s his biggest fashion statement. He’s really improved his wardrobe as well, still hasn’t consistently sport a classic suit, but he kills it with his fresh approach to casual looks, which feature a slew of high-end designers like Balmain and Givenchy.

KD, who was bothered by nagging injuries last year has made a strong comeback thus far. It’s good to see him balling again, as well as his fashionable game day attire. “You the real STYLE MVP.”

Matt Barnes is still one of the leagues most ferocious defenders, and 3-point specialist. He’s now brought his defense and tasteful style to his new home in Memphis. Matt maybe a bit of an hothead, but off the court he’s a sartorial gentlemen always dressed in bespoke suits well constructed for his 6’7 frame. FYI: Matt just collaborated on a bespoke suit collection with Malibu Clothes

Blake Griffin has a slam dunk wardrobe. He looks good in pretty much anything he rocks, he’ll easily transition from a tee and jeans to a flawless suit with monkstrap shoes.

King James can play pretty much any position on our style team, so we’ll put him at PF. The man with the crown looks well in a chic wide brim hat, and custom Tom Ford suits, which he admires. Hopefully the city of Cleveland has become a much more fashionable town due to Lebrons presence.

Dallas is highly upset Deandre didn’t bring his talents and personal style to their dull squad. Deandre is a sick athlete who gives 7 footers inspiration to improve their fashion game. Fellas, don’t let your height be an excuse for not having style.
photo via @courtneymays IG