I Hope everyone enjoyed their  Fashion’s Night Out  in New York City yesterday. Mine was pretty fun, had a couple athlete sightings, I started out in Bloomingdales on Madison Ave where I ran into street ball legend Pee Wee Kirkland, then I headed off to Calvin Klein Collection where I got the opportunity to meet my favorite ball player Dwyane Wade.Knicks J.R. smith(who I must of missed) and NFL player Ramses Barden also stopped by.Unfortunately  I didn’t get a photo with D-wade, but I did get my copy of “A Father first” signed and made sure to Let Dwyane Know his style was one of my influences to starting up this site I have today.Next stop was 5th ave where I met up with friends, strolled around there and finish off my night in the crowded streets of Soho.I was all over, and still missed out on so much.  Check out the star  athletes I spotted and many more as they dress to impress for NYC Fashion’s Night Out.Athletes have style too!! 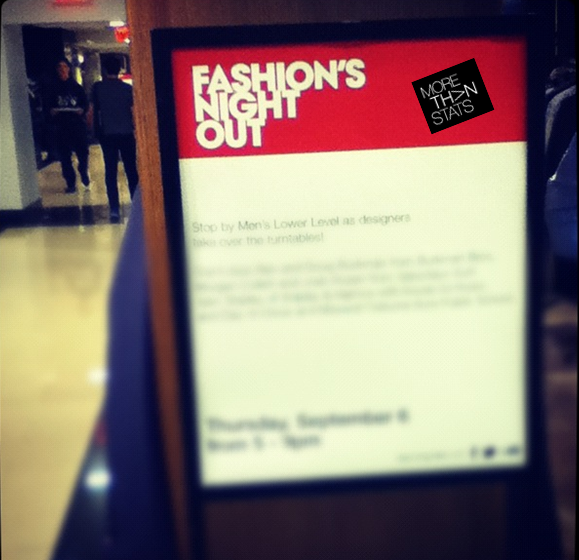 As soon as I stepped in to Bloomingdales, I couldn’t miss street ball legend Pee Wee Kirkland and that silk printed shirt, wow! 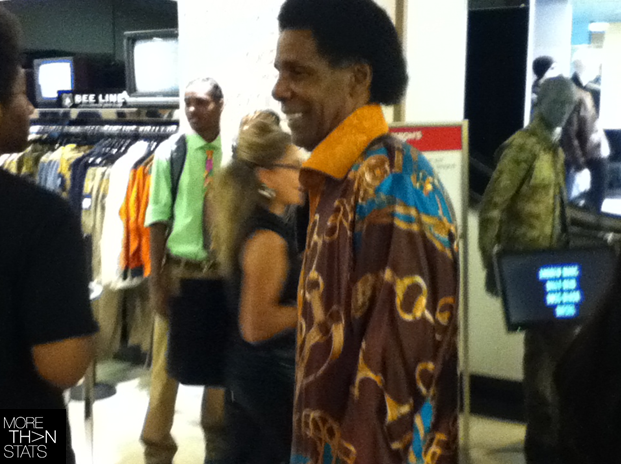 D-wade looked suave as usual as he attended Calvin Klein collection, and  signed copies of his book “A Father First. Dwyane showed the brand love in a sleek solid Calvin Klein Collection suit he completed with a crew neck shirt and fresh pair of Louboutin’s on his feet. 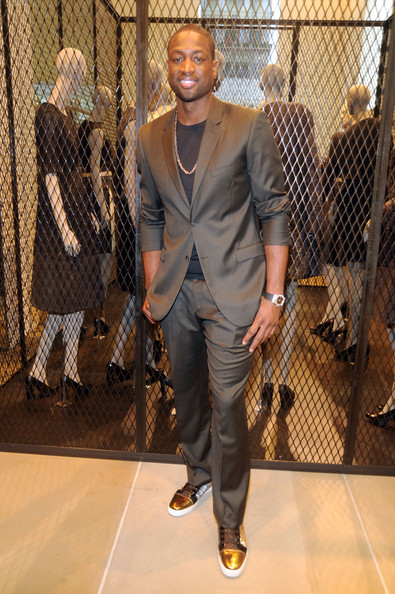 I caught Dwyane with the shades on. 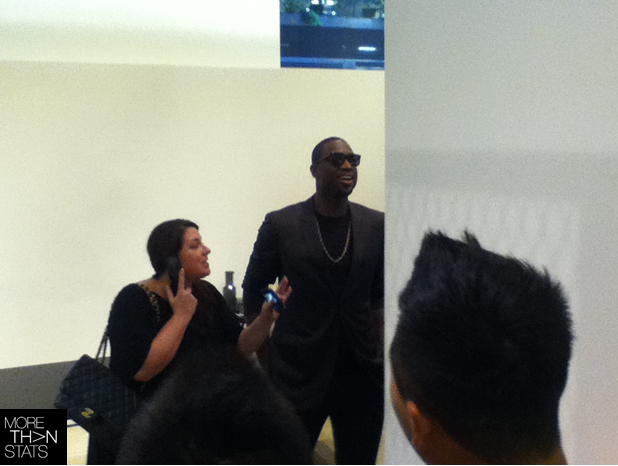 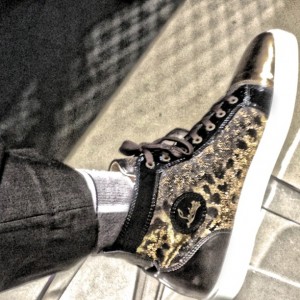 New York Knicks guard J.R. Smith also showed up at Calvin Klein collection in his “All Black everything” ensemble as he posed for a photo with D-wade. I see J.R. took a page out of Kanye West style book with the black leather pants.Are we feeling these?? 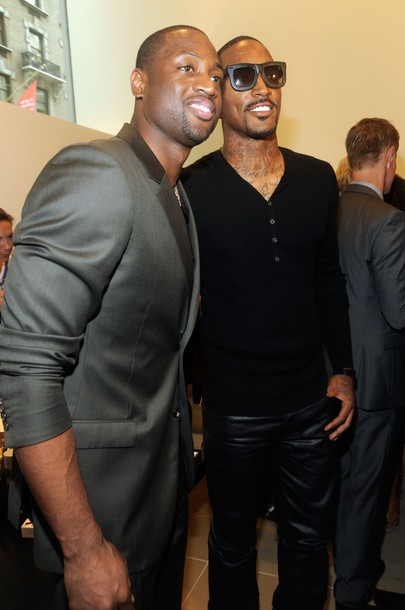 I must say Amar’e Stoudemire was looking quite spiffy as he posed for a flick with the wife Fashion, and Vogue fashion queen Anna Wintour at Saks fifth Ave. Amar’e wore a selvage denim shirt, a decorated navy blazer, and raw denim jeans. I’m not a fan of denim on denim, but Amar’e did his thing, I’m digging the frames too. 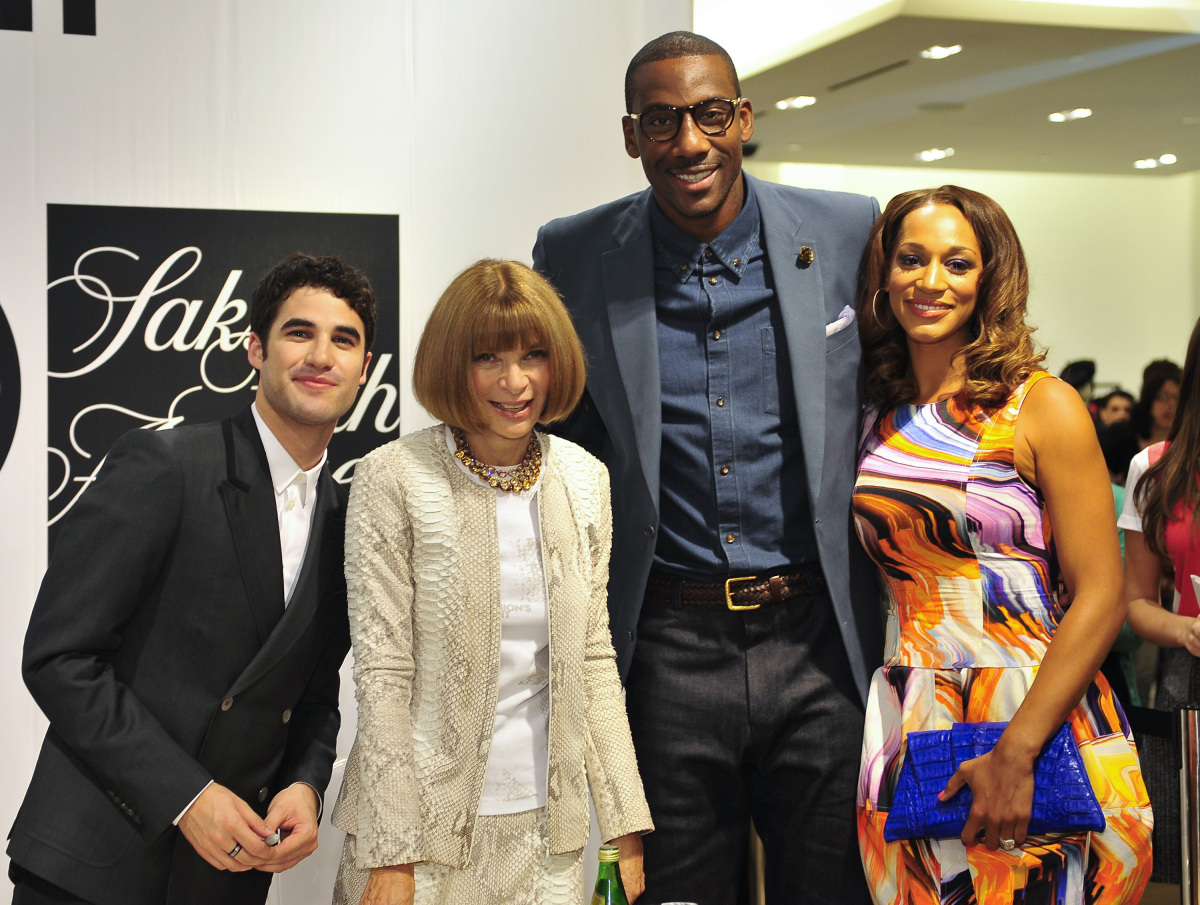 NY fashletes Tyson Chandler(Knicks) and Victor Cruz(Giants) hung out with Anna Wintour at DVF, Anna likes hanging with her fathletes.Tyson was looked dapper in his traditional black and white threads, as Victor added flair to a V-neck and sports coat with a lengthy vintage-style American flag scarf. 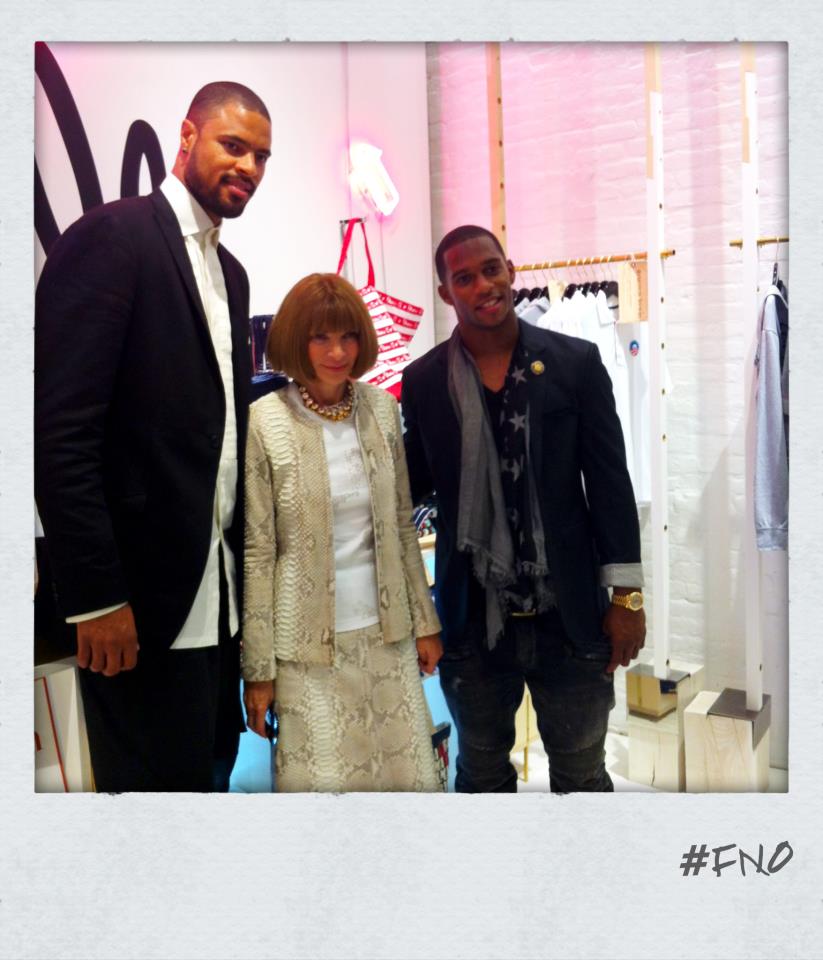 Fencing sliver medalist flaunted his sword at Saks fifth ave in an eclectic costume for the evening. Tim kept the top formal with a necktie, button-up and cardigan consolidation, as he decided to go causal for bottoms with denim. I love the two-tone collar shirt, its unique Tim. 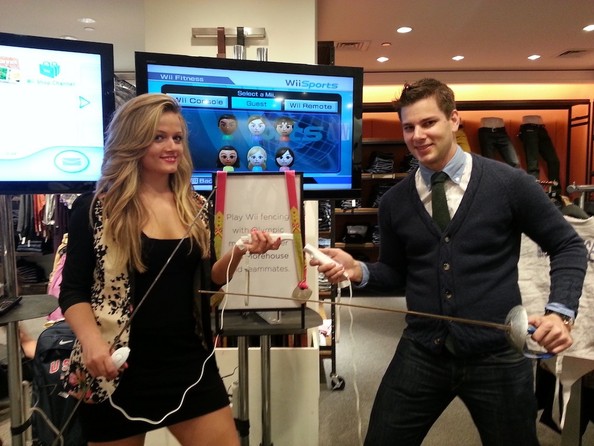 Chris Bosh showed up at GQ & Nordstrom pop-up in his extra preppy guise. 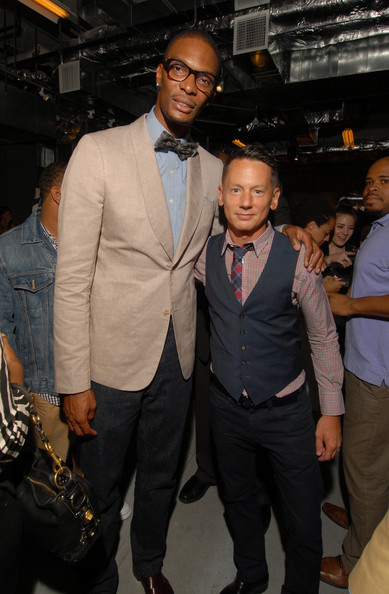 NHL star Sean Avery was thinking simplistic when it came to his attire for the night, as he made an appearance at Stuart Weitzman in a basic plaid shirt and navy chino pants. 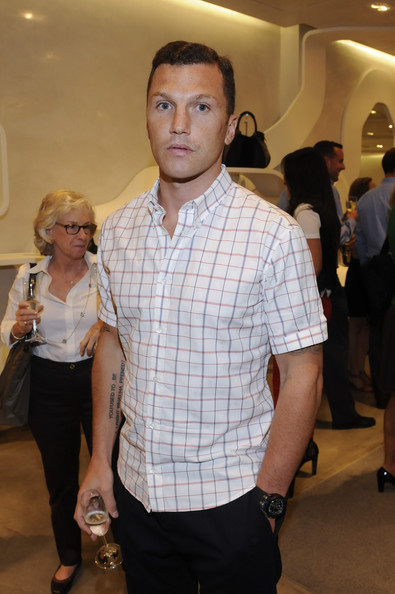 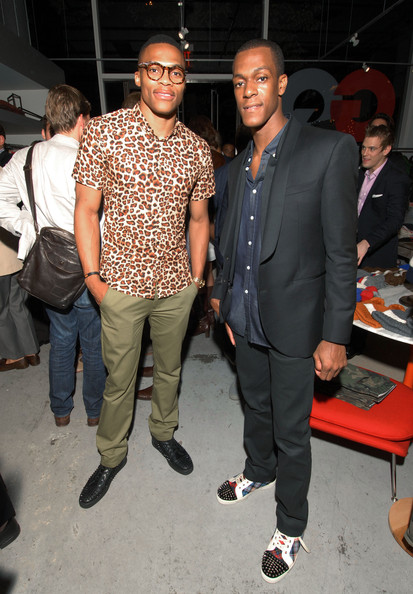