Well guys, it’s a wrap for New York Fashion Week Spring/Summer 2014. It’s been exciting to see more pro athlete sightings at fashion events and front row at some of the biggest runway shows of the season. Athletes have really been expressing their love for fashion, and it’s good to see the industry embrace them. Especially NBA star Russell Westbrook who was spotted at numerous shows, with even a few personal invites from Vogue’s  Anna Wintour. Check out highlights below from the week. I call it the “Athletes Takeover”.

Russell Westbrook was the athlete of the week, his bold style caught the attention of many fashion insiders. In only his second fashion week appearance Westbrook has made a name for himself.

The “Slickest 7-footer in the game” Tyson Chandler (New York Knicks) & his wife Kimberly were spotted at Vera Wang, Cynthia Rowley, Alexander Wang, and  Altuzarra Spring/Summer 2014 shows. Tyson makes it look so effortless to dress his 7-foot frame, he always cleans up nice, and his wife’s sense of style complements him so well. Tennis beauty Maria Sharapova resembled a runway model in her fashionable frocks. Maria was everywhere for fashion week, as she attended various runway shows, and events. 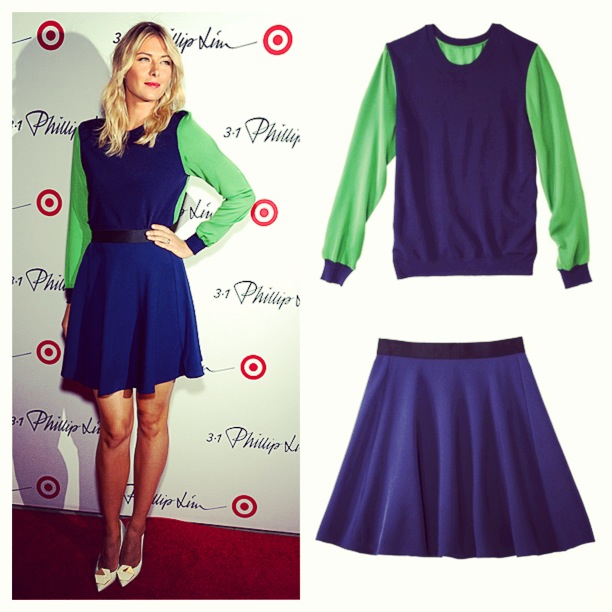 Amar’e Stoudemire suited up for Calvin Klein Collection 10th Anniversary party donned in sharp grey threads he spruced up with a trendy fedora hat. Amar’e elected to go with a more casual look at the Strut: The Fashionable Mom Show, as he wore a blazer jacket which layered a graphic crew neck shirt, coordinated with olive pants. I wasn’t too fond with the second look, didn’t really like the pants color, and the jacket just didn’t complement his shirt well. NBA rising star Chandler Parsons (Houston Rockets) is showing his interest for fashion, as he was spied at J.Crew Spring/Summer 2014 show. Chandler kept his attire simple with a short-sleeve collar shirt, paired with denims, and red suede Del Toro chukkas. 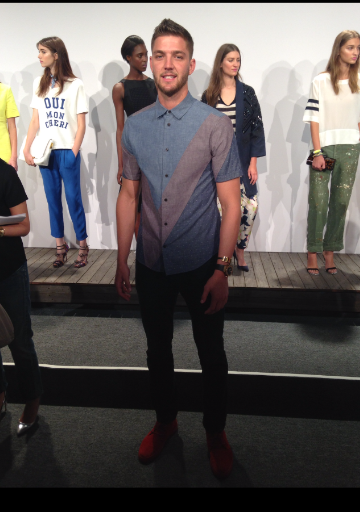