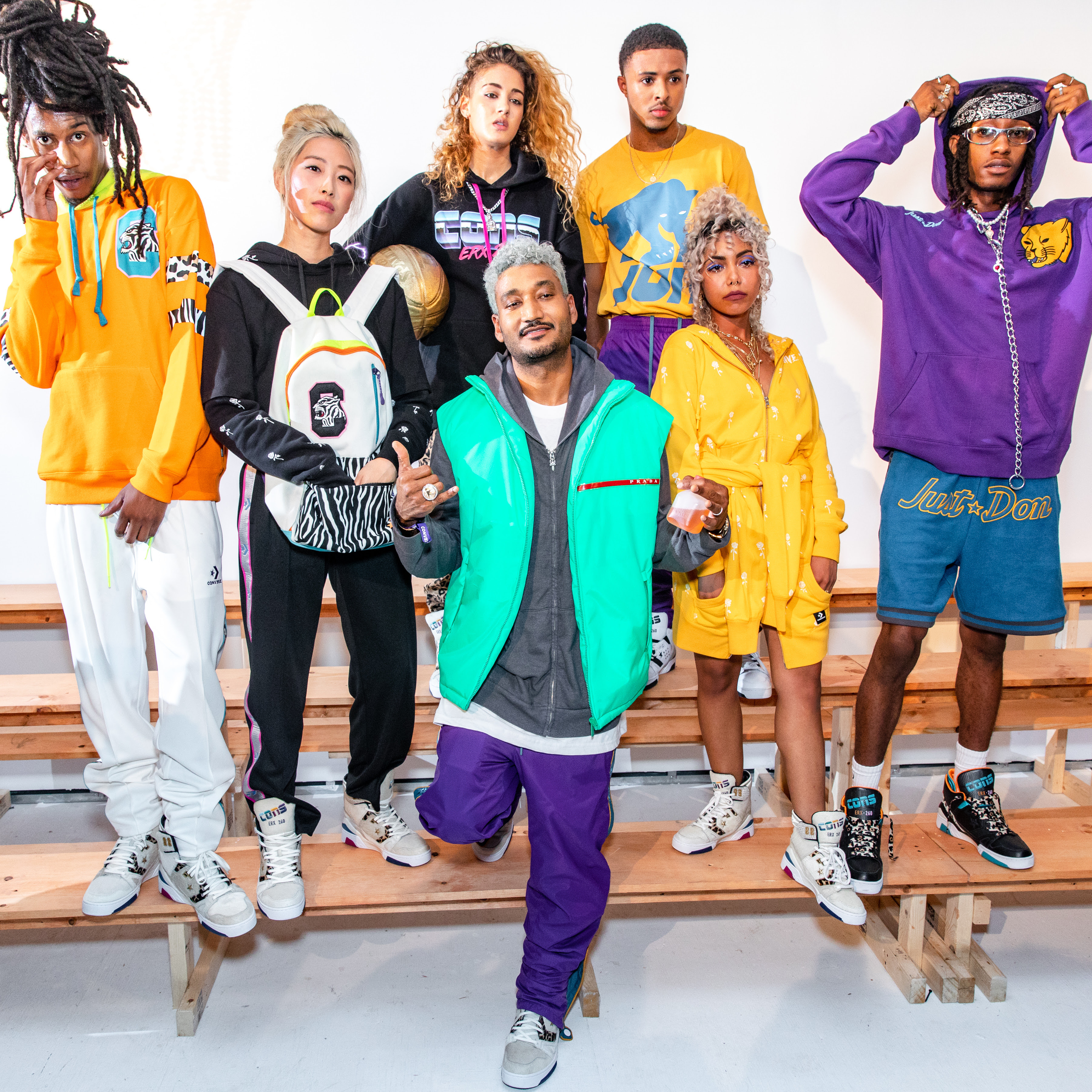 The late 80’s were known for high top sneakers, athleisure, gaudy chains, elaborate patterns, and an overall era of attitude. Is it a coincidence that the same time period gave us the Bad Boys Pistons and N.W.A.? I think not. Something special was brewing in the air at the peak of the MTV era, especially on the court. Things moved faster than ever before, making it one of the more physical eras in the sport. The practical need for reinforced soles and ankle-securing hi-top designs, mixed with the aesthetic flair of the 80’s color palette, gave birth to the beginning of endorsed athletic sneakers that had serious fashion appeal. We witnessed the birth of the Air Jordan, the Reebok Pump, the Patrick Ewing’s, and of course the Converse ERX, popularized by the back-to-back champions of the Detroit Pistons and legends such as Larry Bird. The Converse ERX, that first dropped in 1988, had a host of practical technology and an 80’s-approved bulky silhouette that made it a great choice for everyone from athletes to the rock stars.

This shoe design caught the eye of Just Don designer, Don C, who is known for his fashion acumen when it comes to designing shoes, jerseys, and hats; you name it, he excels at it. The Chicago-bred fashion icon already has collaborations with brands ranging from Nike’s Air Jordan to Wendy’s Restaurant and has now been working with Converse to revamp their iconic ERX shoe, with his own Midas touch. Playing off of our modern affinity for bulky soles, seen on brands such as Balenciaga or Don C’s hometown homie, Yeezy, he kept up the classic silhouette, beefing it up with contrasting colorways, metallic studs, and even animal prints. Don C was inspired by this shoe because they represent the attitude-having champions of yesteryear and evoke memories of a shoe that transcended the court.

These retro kicks are sure to fly off of the shelves, allowing ballers from all walks of life to perform on life’s stage in style. In classic Just Don form, a line of accessories and apparel will accompany the shoe line, which the designer previewed earlier this week at NYFW. Get your neon tracksuits ready and your DeLorean revved up and prepare for the drop that is expected to happen in the fall of this year. 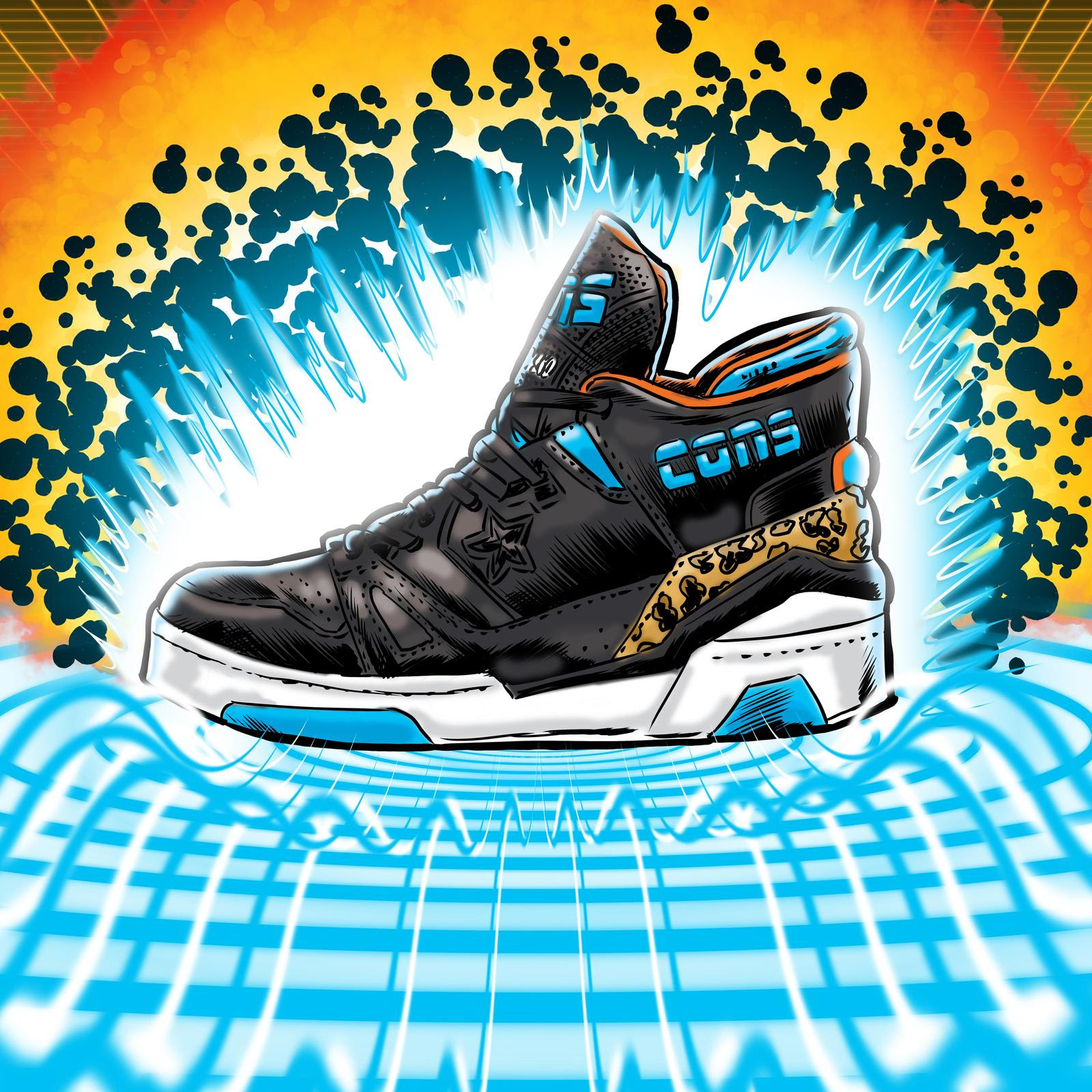 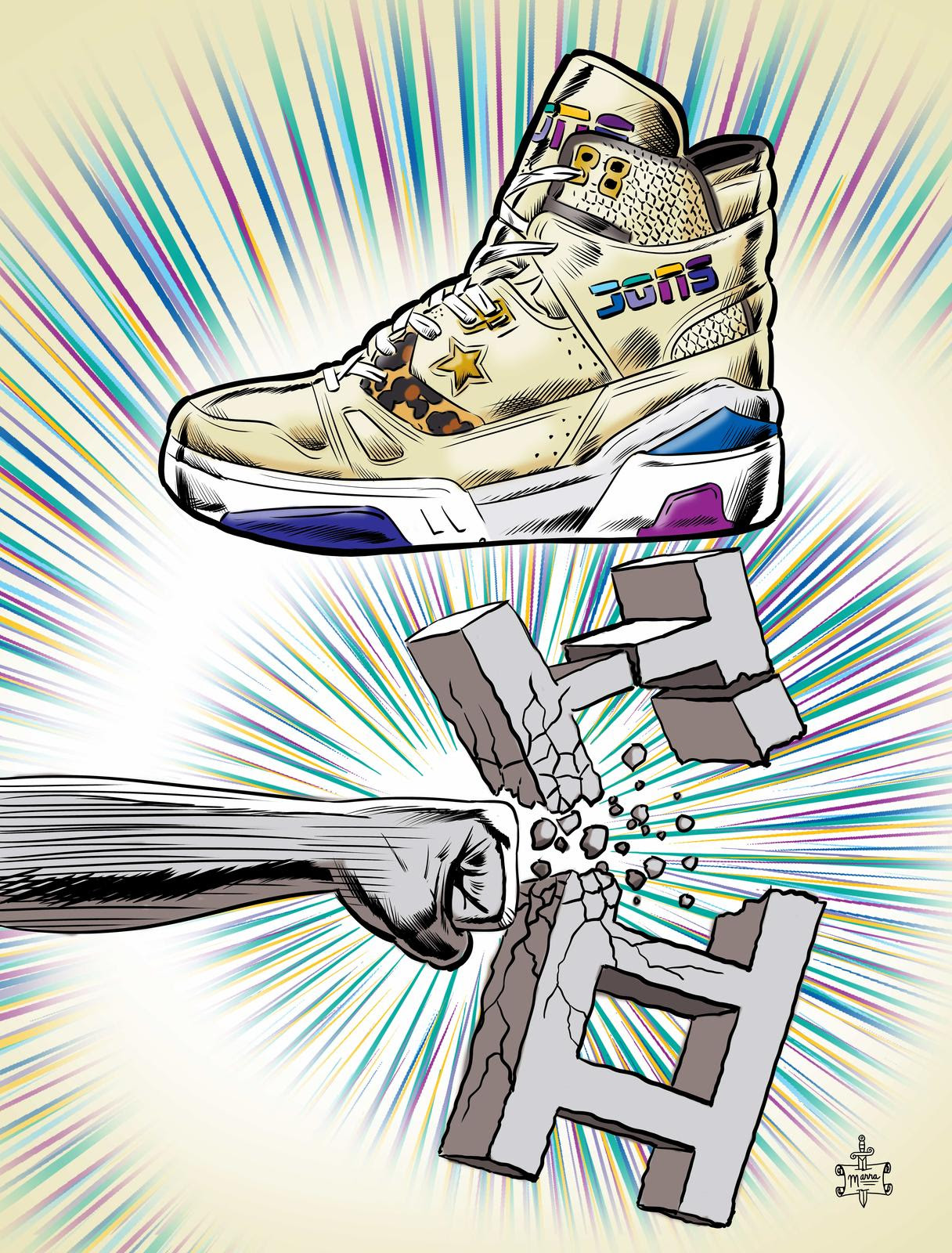 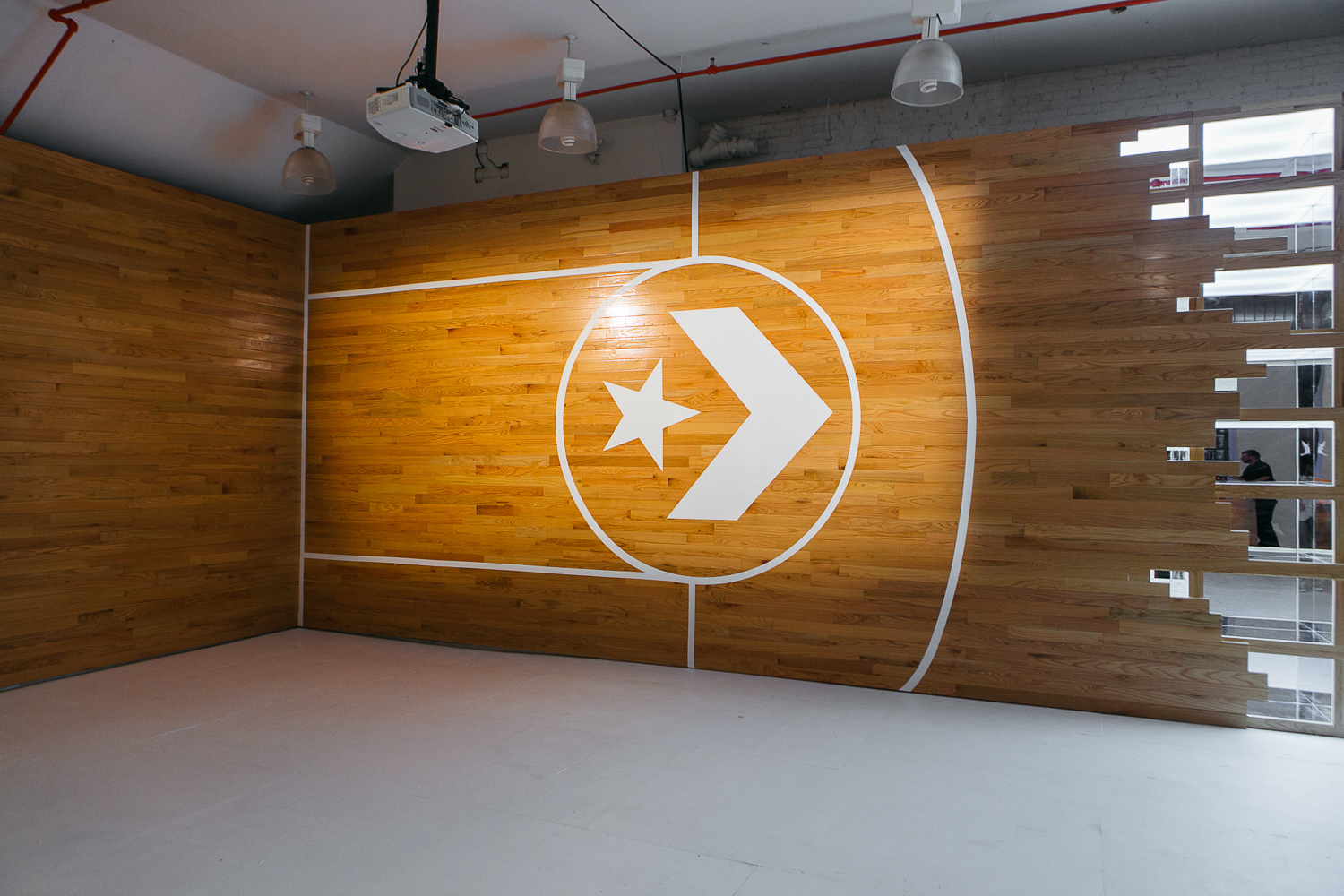 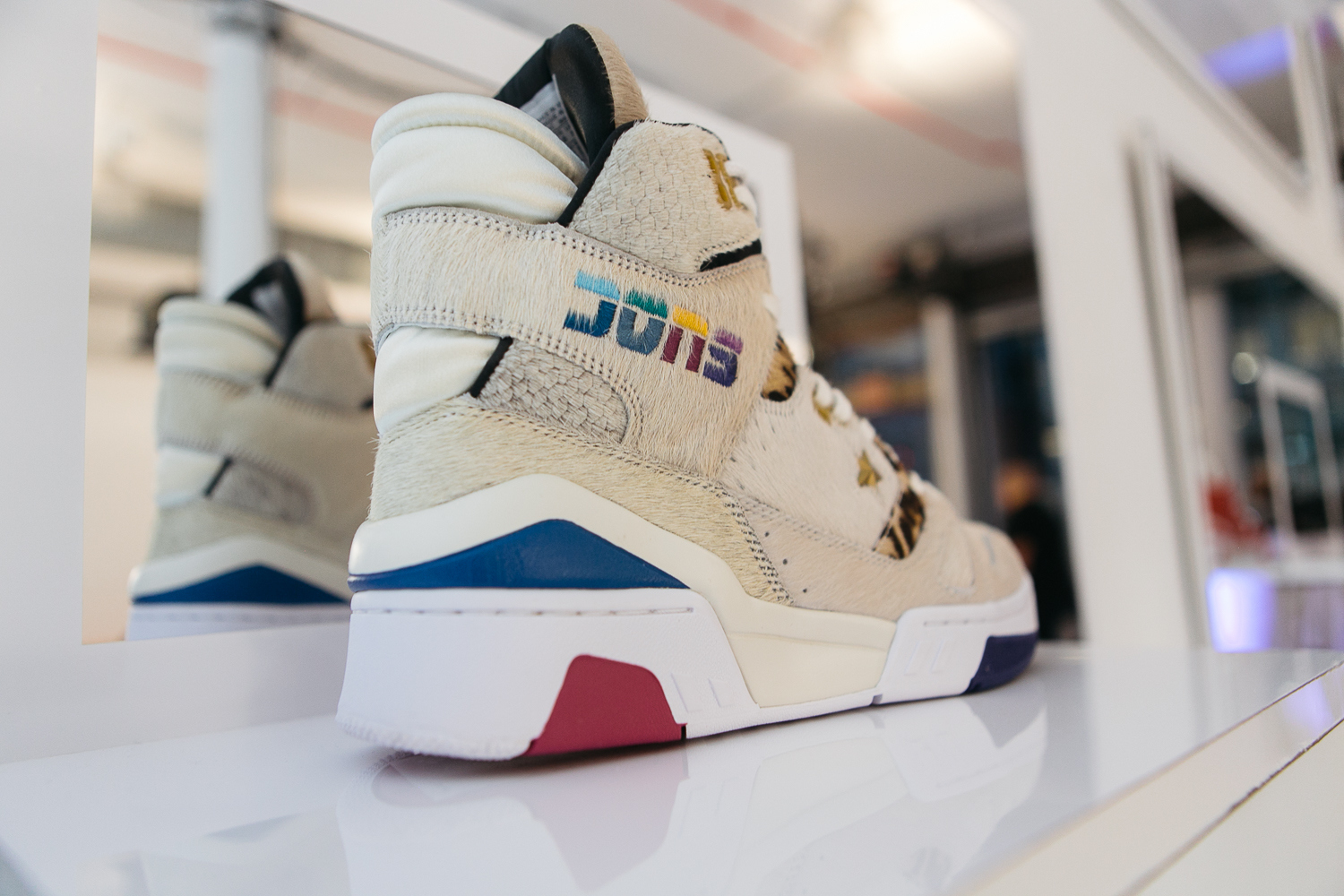 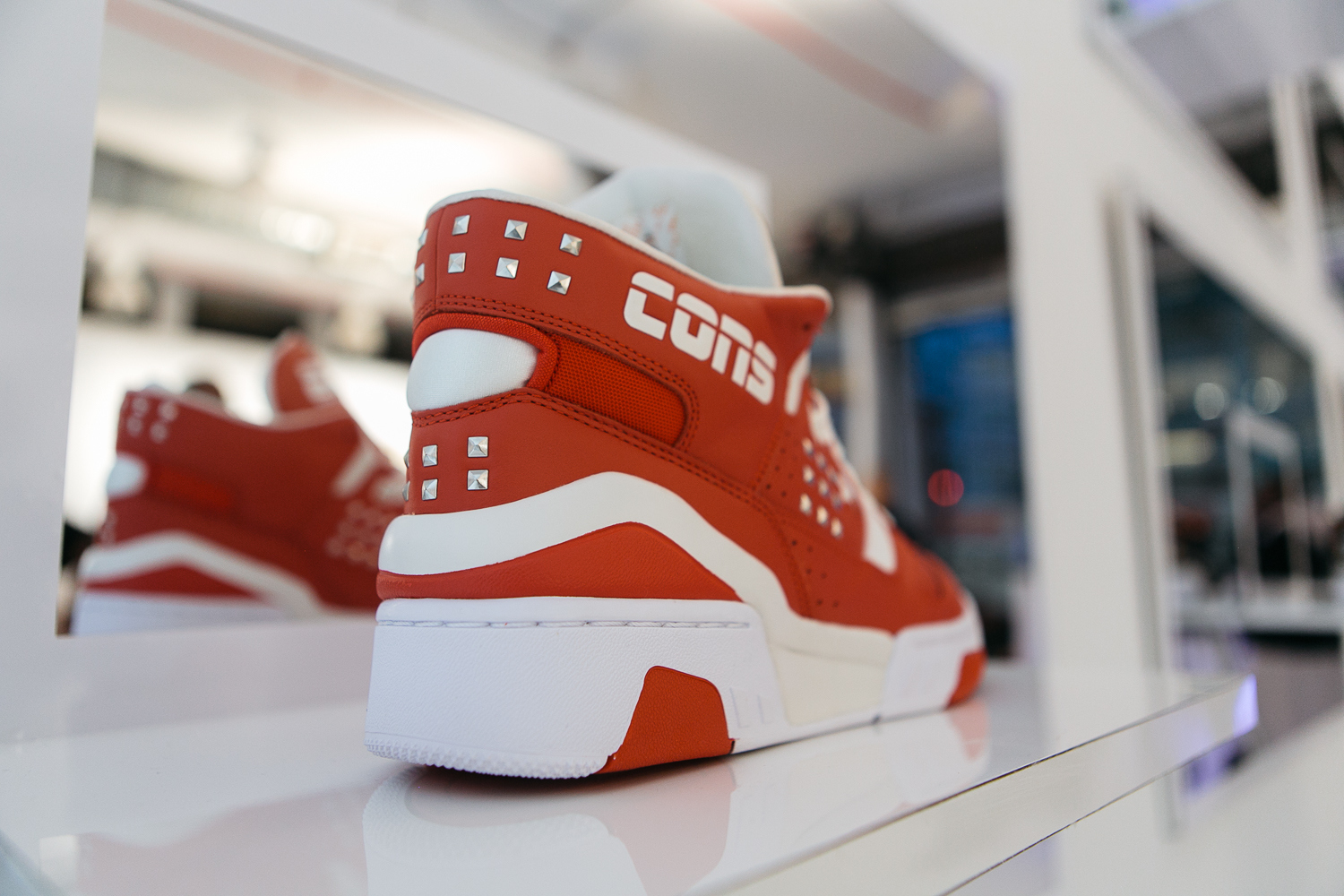