As we all should know by now D-wade has officially departed from the Jordan shoe brand for Li-Ning footwear??? Yes Li-Ning, known as China’s biggest sportswear company. Yesterday Dwyane arrived in Bejing to meet up with Mr. Li-Ning(Founder) himself, as the duo announced to the media the expansion of their Multi-Year partnership, with the creation of a new athletic footwear and apparel brand called “WADE”. From a marketing standpoint this was a great move for both parties, expanding their brands globally,and also as Chief Brand Officer, Dwyane gets to be hands-on with his projects, implementing his canny sense of style, as he guides the creative direction of all WADE products.My first thought was “Why would Wade trade in his Jays for some Li-Ning’s, he’s bugging” but after reading more about the partnership, it sounds like a  pretty good opportunity for Mr. Wade.

Dwyane gave Bejing a preview of things to come,as he looked extra dapper for his press conference enrobed in a dark burgundy 3-peice suit by Brioni, balanced with a stripe spread collar shirt, knit necktie, and paisley handkerchief tucked effortlessly in his jacket pocket. What are your thoughts on D-wade attire?? What do you think of his partnership with the Li-Ning brand??

“Dwyane is a superstar for his athletic achievements, and also for the way he carries himself on and off the NBA court.  I have come to understand what motivates him, what he cares about, and the personal and professional path he wants to take in the coming years.  There are remarkable similarities between Dwyane and myself in this regard, and I could not be more excited about developing a brand with him that speaks to those shared views.  At the same time, the WADE brand will deliver the high quality and performance characteristics consumers have come to expect of our Company.” – Mr. Li-Ning 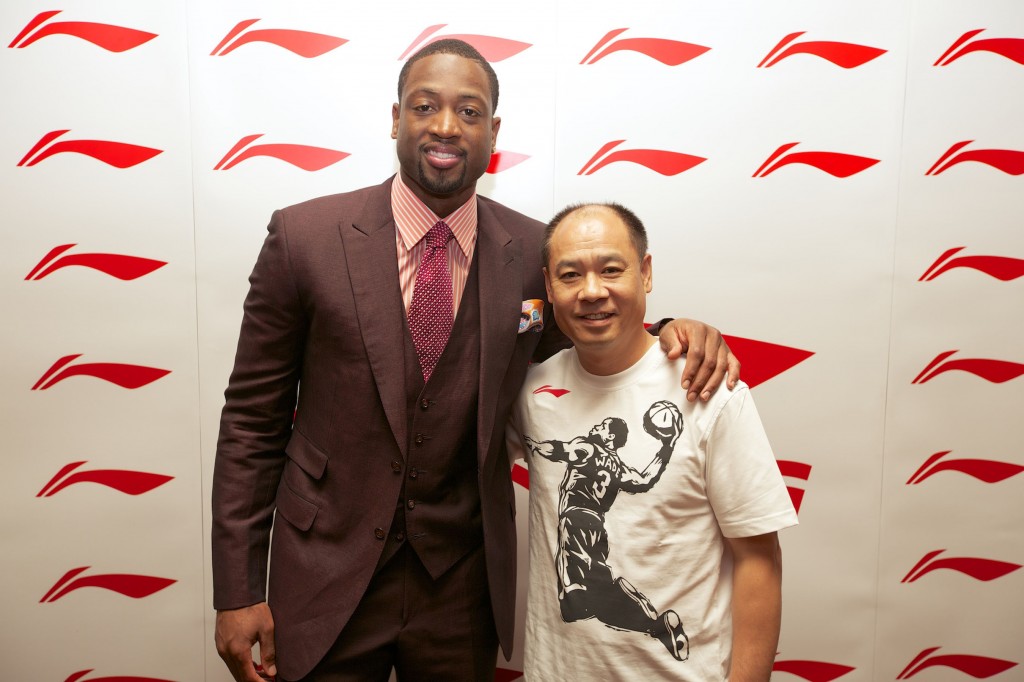