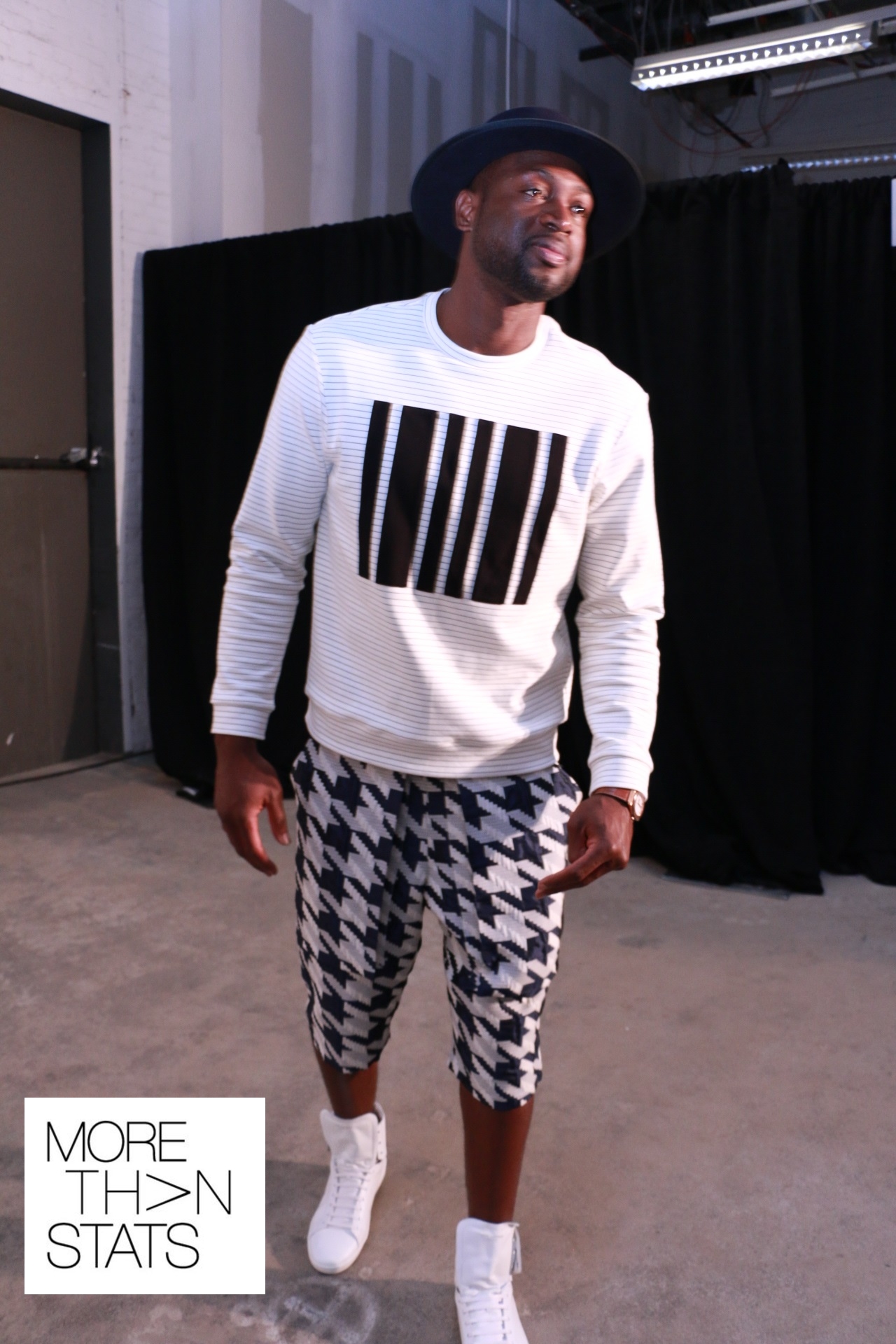 Their were a slew of athletes on hand for Public School’s Spring/Summer 2016 presentation during the inaugural New York Fashion Week:Men’s

The buzzy Public School and their predominately neutral apparel has drawn many athlete endorsers. If you wanted to catch every athlete who attended Men’s Fashion Week in one place, you had to be at Public School’s presentation. The athlete line up was ridiculous! Dywane Wade, Chandler Parsons, Victor Cruz, Nick Young, Mike Conley Jr, and Lewis Hamilton were all there.

During the show we had the chance to speak with NBA stars Dwyane Wade, Chandler Parsons, Andre Iguodala, and Mike Conley Jr.

We asked them three simple questions: Their thoughts on the collection, who they were wearing, and how would they describe their style in one word.