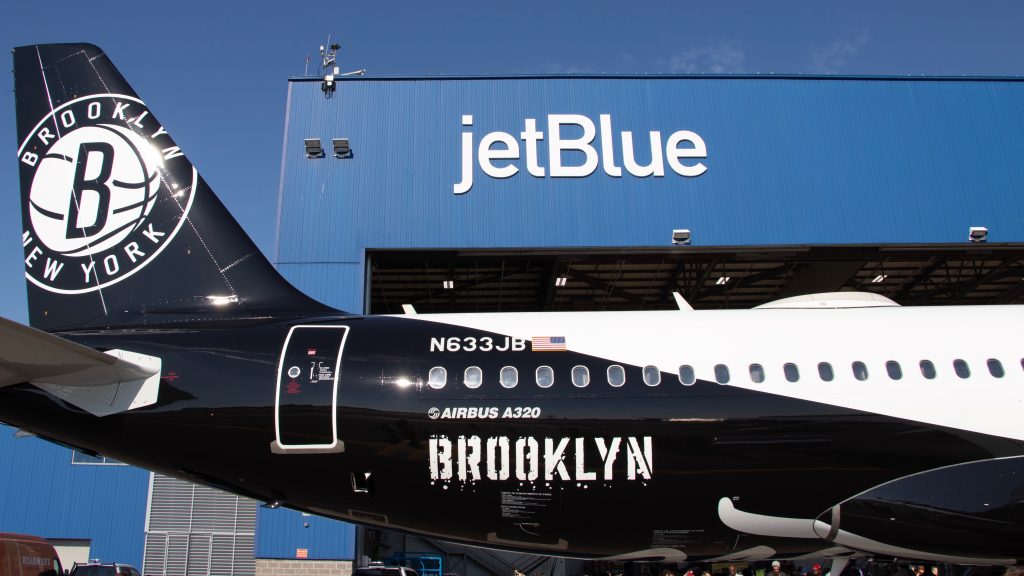 This past Thursday at JFK Airport, JetBlue unveiled an Airbus A320 that was ordained the name “BK Blue” that paid homage to the Brooklyn Nets basketball team with a paint job that features the team’s colors.

The aircraft symbolizes the longtime partnership between JetBlue and the Brooklyn Nets, who are continuing to be the “Official Domestic Airline” for the hoops squad after extending their 5-year contract.

The airline deviated from their typical blue colorway for this endeavor, going with a sleek white and black monochromatic design that features the Brooklyn Nets logo on the tail and also houses a silhouette of the Brooklyn Bridge and the team’s home arena, the Barclays Center on the fuselage.

One of JetBlue’s busiest hubs is the JFK Airport which is why they tend to show love to New York. In the past, they have featured commemorative jets that have paid homage to the New York Jets and NYC’s Fire and Police departments. These special designs are called “liveries” and for this task, the airline summoned local artists from Brooklyn and New York which makes this happening all the more special. As Marty St. George, Executive Vice President or commercial and planning, put it “Continuing our partnership with the Brooklyn Nets and the Barclays Center was a slam dunk”. What better way to kick off the 2018-2019 season. 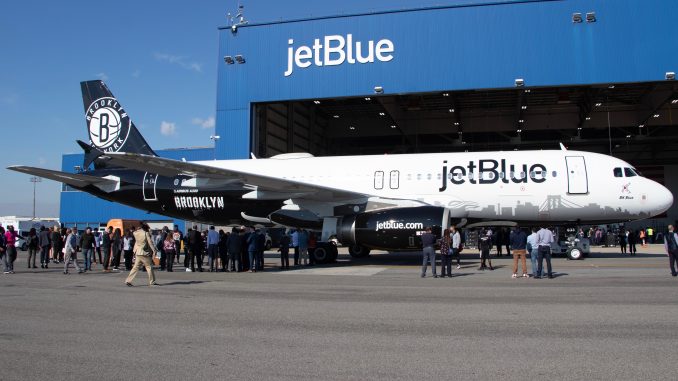