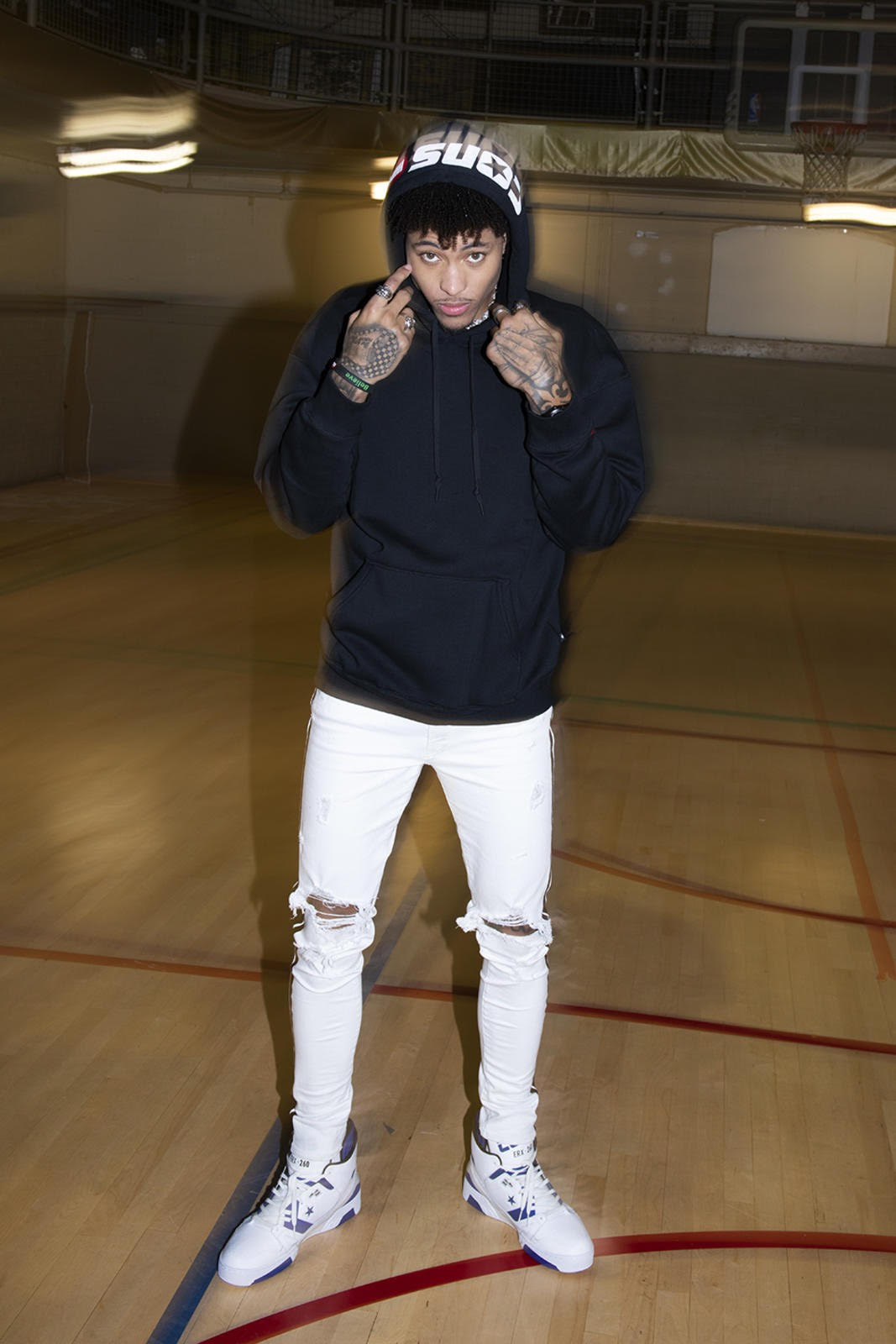 Fashion enthusiast, Kelly Oubre Jr. makes yet another foray into the world of fashion by signing onto the Converse roster.

The classic American brand, now owned by Nike, has been walking hand in hand with the sport of basketball since the inception of the sport. Their canvas-bottomed shoes lent influence to athletes style on and off the court. No wonder this storied entity has looked no further than Kelly Oubre Jr. to carry on the brand’s legacy.

The young but talented hooper has not only sustained the beginning of a long career in the NBA, but he has also slipped in fashion accolades that prove how much of an influence he has in all areas of his life. His creativity is seen whether he’s turning heads during Fashion Week or working alongside the CDFA to show y’all about his genuine love for fashion or the rules he makes and breaks on any given game day. The Converse brand hopes to infuse Oubre’s unique personality into their relationship. Also being one of the few athletes signed to the lifestyle brand, Converse hopes to attain a new athletic dynamic that will reach athletes from all walks of life around the world.

The self-proclaimed “fashion rebel” has been known for his unique sense of style since he came into the league. He’s an advocate for following the voice within when choosing your personal style. Originally from New Orleans, he’s acquired a love for East Coast fashion and mixing couture, thrift goods, and fast-fashion brands to create an eclectic look for himself, all with the goal of being comfortable in his own skin while simultaneously making a name for himself.

Oubre’s fashion forays have reached to the pinnacle of fashion allowing him to achieve accolades such as being an ambassador of CDFA’s New York Fashion Week Men’s, an intern at Esquire Magazine, and gracing the runway for brands like Rochambeau and being a guest of honor at fashion shows for powerhouses like Raf Simmons.

With a creative person like him and a true passion for apparel, it is exciting to see what will happen with this endorsement. Keep your eyes on what the young fashion icon has up his sleeve