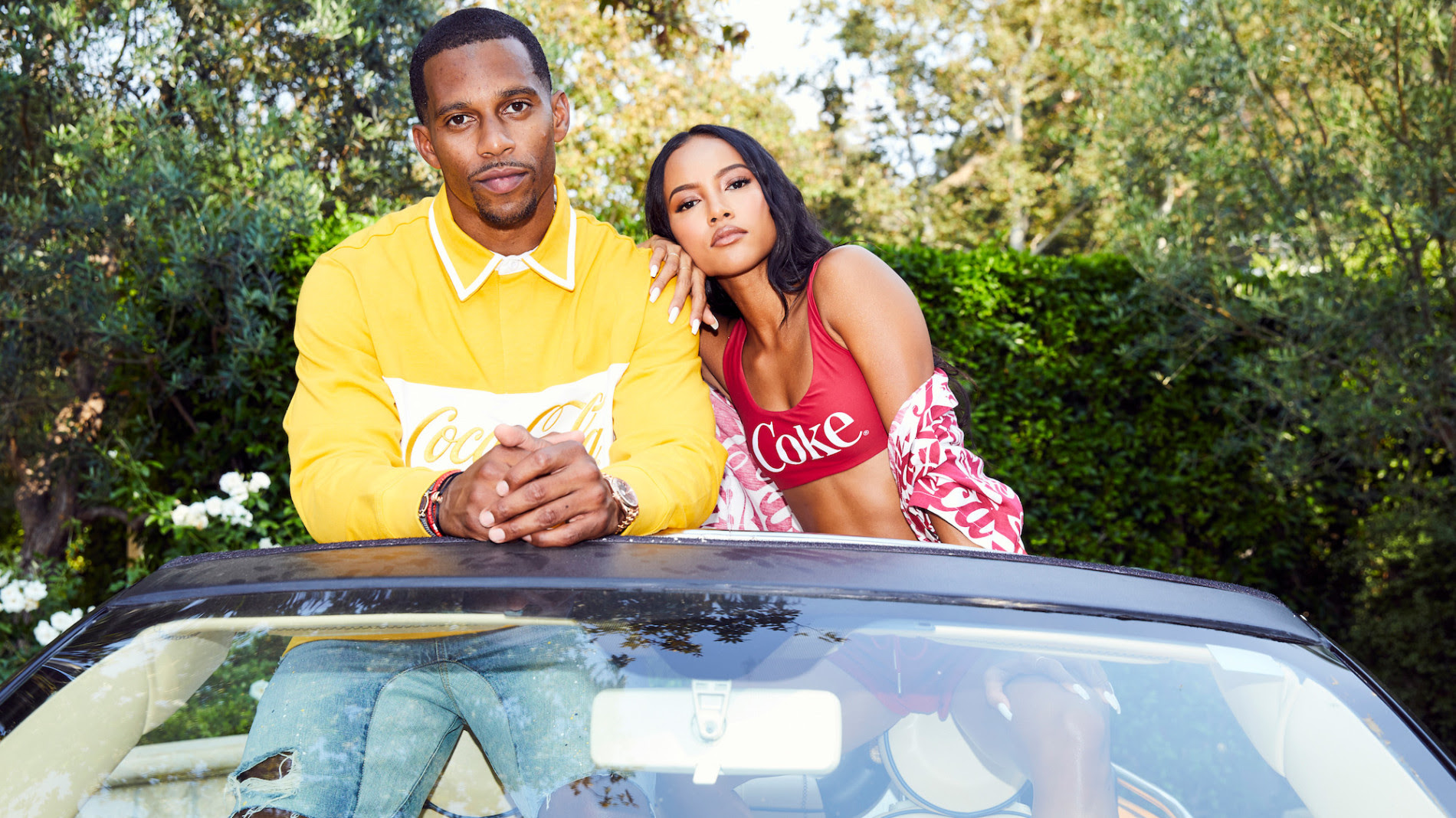 “Coca-Cola” is the second most known phrase in the world, beaten only by ‘OK’, proclaims designer and sneaker connoisseur, Ronnie Fieg.

Fieg is the founder of the sneaker and apparel brand, Kith. When unveiling his third collaboration with the American Heritage brand, Fieg summoned one of his closest friends, former New York Giants superstar, Victor Cruz. Cruz, who is known for his electric touchdown celebrations (best salsa in the game,) and participation in the Giants 2012 super bowl run, has been a close friend of the Kith founder long before the line was voted the Best Store of the Year by Highsnobiety readers in 2016.

Cruz saw a small storefront and once he entered the foyer, he ran into the owner, who was coincidentally a Giants fan. Although the store wasn’t of the magnitude that is is now, the pair chatted about the business and current life events, and they have been like family ever since. They’ve grown together alongside the brand and the former football player/current fashion provocateur is always on the top of the list for Fieg’s editorial needs. Joining Cruz for the Coca-Cola x Kith shoot is his girlfriend, Karrueche Tran. The pair appeared in a photo shoot for Coveteur that officially released the collection to the world.

In quasi-pop-up form, Ronnie Fieg turned his Malibu home into a Kith museum that displayed living artifacts that he curated from the collection. The collection featured apparel such as rugby shirts adorned with the iconic Coca-Cola logo, dad caps, and allover print hoodies, as well as lifestyle items that included a surfboard, skate decks, and a Beat pill. The sneakerhead also unveiled his take on the classic Converse high-top and showed off a pair of cozy Coke red slides to cover the footwear side of things. Fieg sought inspiration from the idea of global unity, citing Coca-Cola as a global language. This gave him the idea to feature the world-renowned brand name in several languages, including Arabic, English, and en Francais. The various languages were aesthetically pleasing to the designer and he felt like they belonged on the apparel. Fieg’s personal beliefs align with a Coke maxim, “We live as many, we stand as one”. Together the brands hope to make the world a bit smaller, one collection at a time.

What up though? @coveteur @kith

Check out the rest of the collection HERE.