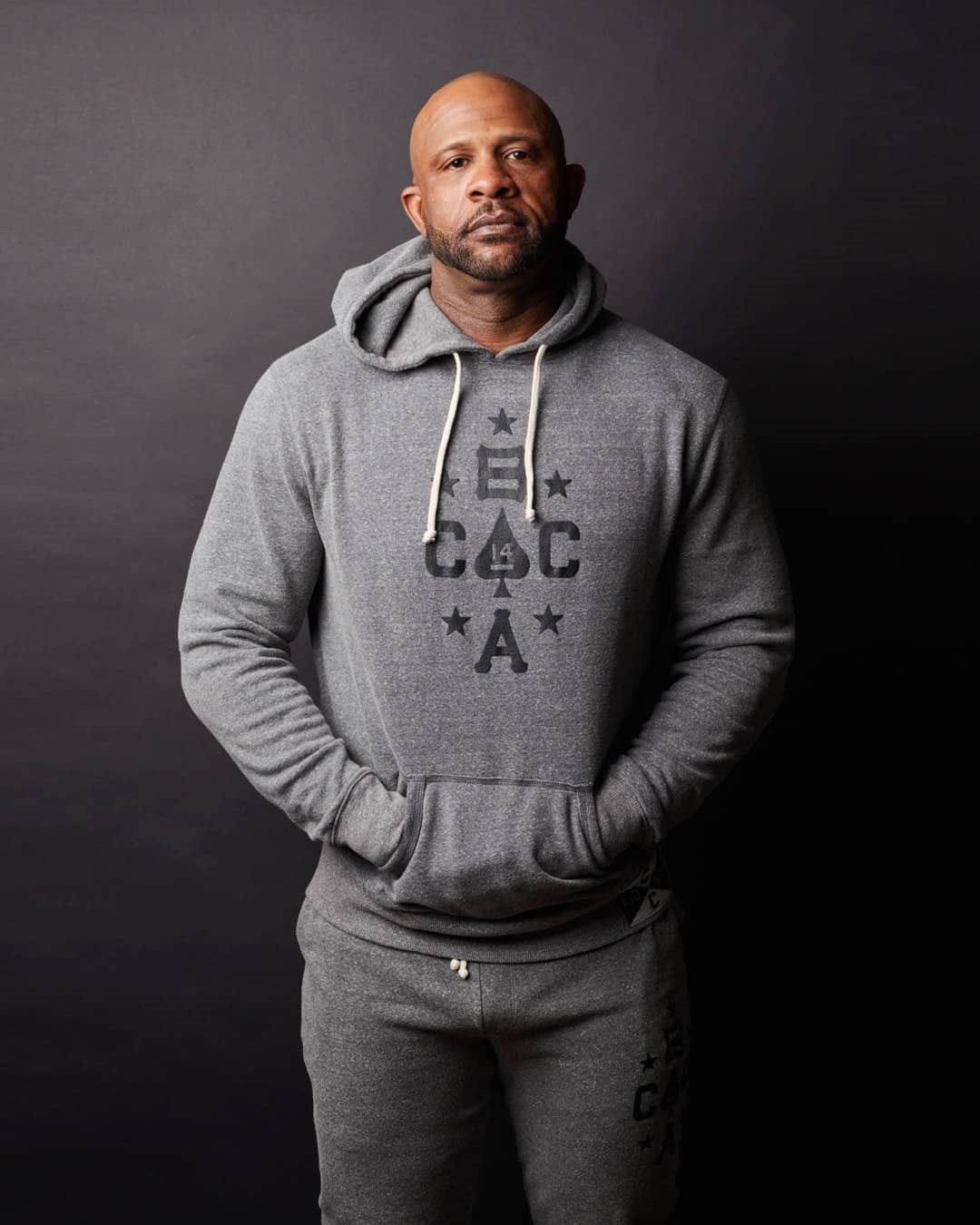 The CC Sabathia collection pays tribute to various aspects of Sabathia’s life and career and is strongly influenced by his youth in Vallejo, Calif., his time playing in New York and being a member of the famed ‘Black Aces.’ Never forgetting where he came from, Sabathia was a dominant pitcher for 19 seasons in the Big Leagues, and in 2010, joined elite company by winning 21 games. His inclusion in the Black Aces spoke to everything he was as a player and where he was raised.

As part of Roots Of Fight’s CC Sabathia Collection, the brand celebrates the milestone, the man, and the historic club itself – the legendary Black Aces.

This drop follows last summer’s announcement, and Sabathia’s brainchild, that in commemoration of the Negro Leagues’ 100th anniversary, Roots Of Fight, Major League Baseball Players Association (MLBPA) and the Negro Leagues Baseball Museum had teamed up to launch a clothing collection paying tribute to the Negro Leagues and the African American legends who paved the way for diversity in the sport. Sabathia served as Creative Director for the collection.

The CC Sabathia Collection includes a variety of hoodies, tees and sweatpants all retailing for $48 – $85. The full collection is available for purchase exclusively on rootsoffight.com.

photos via  Roots Of Fight