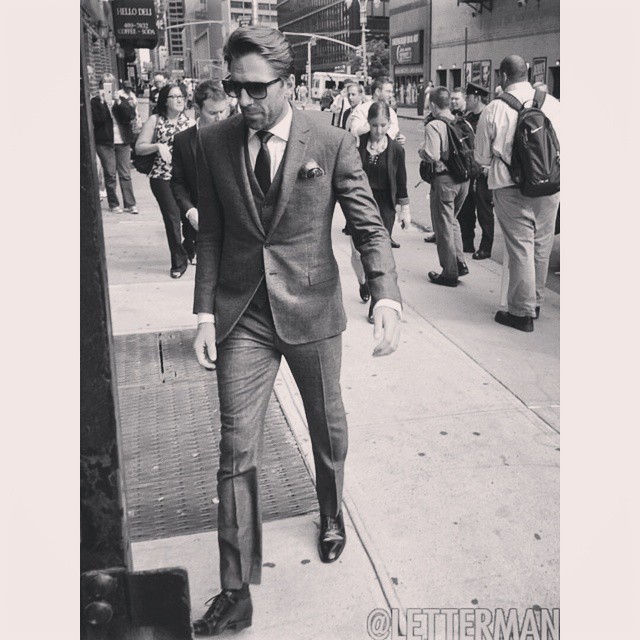 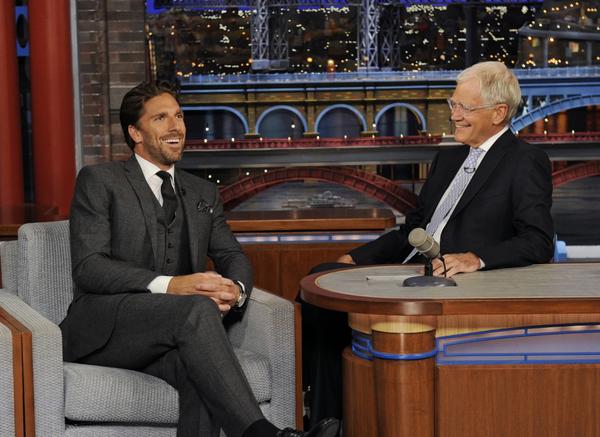 Lundqvist, a Swedish native, discussed topics ranging from his techniques in goal, to describing how he felt living apart from his twin brother for the first time.

“In hockey, was it the guy who can’t skate well, does he get to be the goalie?” asked Letterman with his first question.

A sharply dressed Lundqvist (decked in Ralph Lauren) deflected the question as he would a slapshot, explaining with a laugh, “I don’t know, it didn’t start like that for me.”

Letterman and Lundqvist eventually got on to the topic of brotherly love. Both Henrik and his twin brother, Joel have played in the NHL.

“We grew up playing together… same team, always,” Lunqvist explained. And then when I was 23 I moved to New York, and he stayed.” The Rangers goalie noted that was the first time in both of their lives that the brothers spent more than a week apart.

Lundqvist’s club, the New York Rangers made an unexpected Cinderella run into past season’s Stanley Cup Playoffs, reaching the Stanley Cup Final, only to fall to the Los Angeles Kings in five games. Only one of those contests was decided by more than one goal.

“Well, it’s intense,” explained Lundqvist. “You don’t think about it when you start as a little kid, how intense it can get and all the pressure.”

The Swede acknowledged that playing goalie can be different from most other positions on the ice.

“I think for a goalie, it’s all about how you manage that pressure,” he said. I would say the mental aspect of being goalie is the toughest part, not the physical part.”

Letterman eventually tried to pick Lundqvist’s brain about his technique in goal, and why he has been so successful in now what will be his 10th season in the NHL.

Despite Lundqvist’s size, he is widely regarded as one of the best goalies in the NHL, something Letterman made sure he would not forget.

“You’re superhuman! How do you feel about kryptonite?” Letterman asked with a straight face. Lundqvist could only laugh and raise his hands to the air, as only a true superhuman would.

Lastly, the Rangers’ opponent in last spring’s Stanley Cup Final came up in the conversation. Letterman jokingly described the Los Angeles Kings as “goons”, but only “on paper”. The amicable Lundqvist refused to take the bait, exclaiming, “They play well. They were a little lucky against us.” 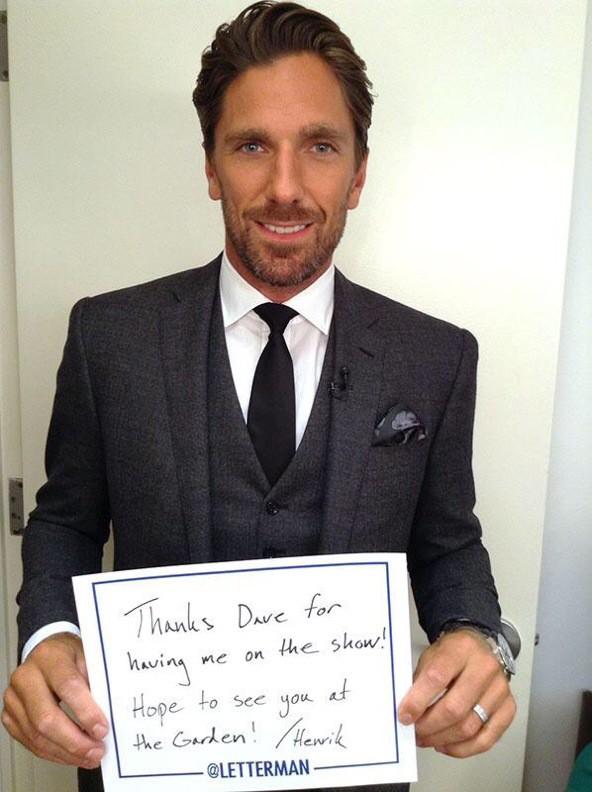