In the words of Kanye West “Last night was mad real” the best game of the 2012 NBA Finals so far, Russell Westbrook was sensational scoring 43 points, Lebron James  showed a  courageous effort dealing with serious cramps in the 2nd half, and the unsung hero Mario Chalmers hit clutch shots down the stretch leading to a Miami Heat victory. I called it on my Facebook in the 1st quarter saying “Westbrook would go for 40 in a losing effort” I’m not a profit, but i know this game. I have dreams of going head to head with the great Skip Bayless and Stephen A. Smith on “First Take” in the near future.I have one thing to say to my fellow Miami Heat fans though, We up 3-1 baby!!! one win away from a NBA championship. Now off to the podium where style is critical, Check out the fashion from Game 4.

Dwyane Wade looked more like Dwayne Wayne from “Different World” with modernized flip-up glasses by Thome Browne. Dwyane added a classy feel to the frames pairing it with a sleek 3-piece suit, accessorized with stripe pocket square and lapel pins. D-Wade’s stylist, Calyann Barnett went to Instagram and Twitter (@bstyleinc)to share a photo of the superstars Thome Browne glasses and YSL hi-top Kicks for the evening. 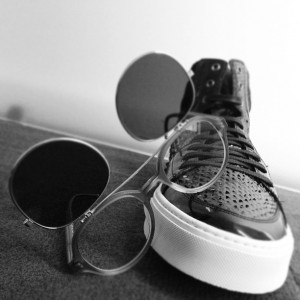 King James threw some swagger on a crisp white tuxedo shirt with ruffle detail, by rolling the sleeves and keeping a couple buttons loose towards the collar.Lebron wore this style shirt in another color earlier in the post-season, I actually like this shirt, I would definitely wear it with some linen pants or chinos. 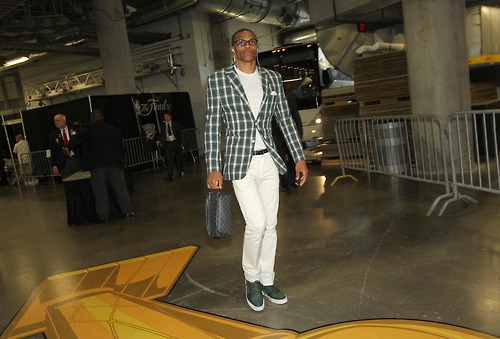 A disappointed Kevin Durant rock’ed a solid light v-neck sweater, paired with camo pants.All the young kids have a pair of camos in their closet, especially the shorts,its been a big trend for a couple years now. It’s gotten to the point I don’t even wear mine anymore,its a cool style, but got boring in my opinion. 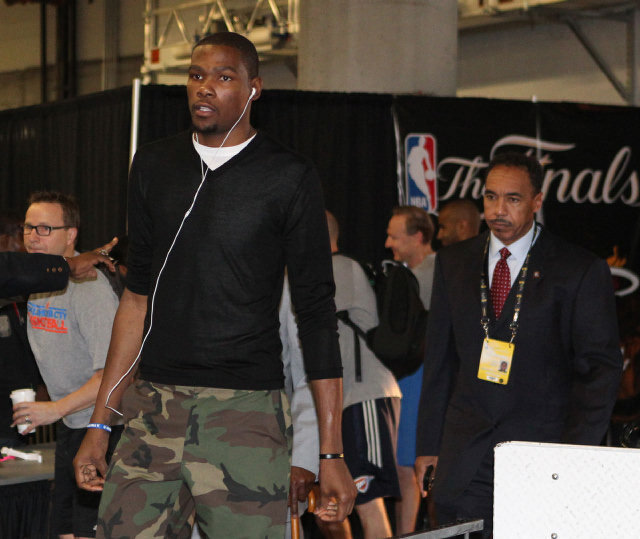