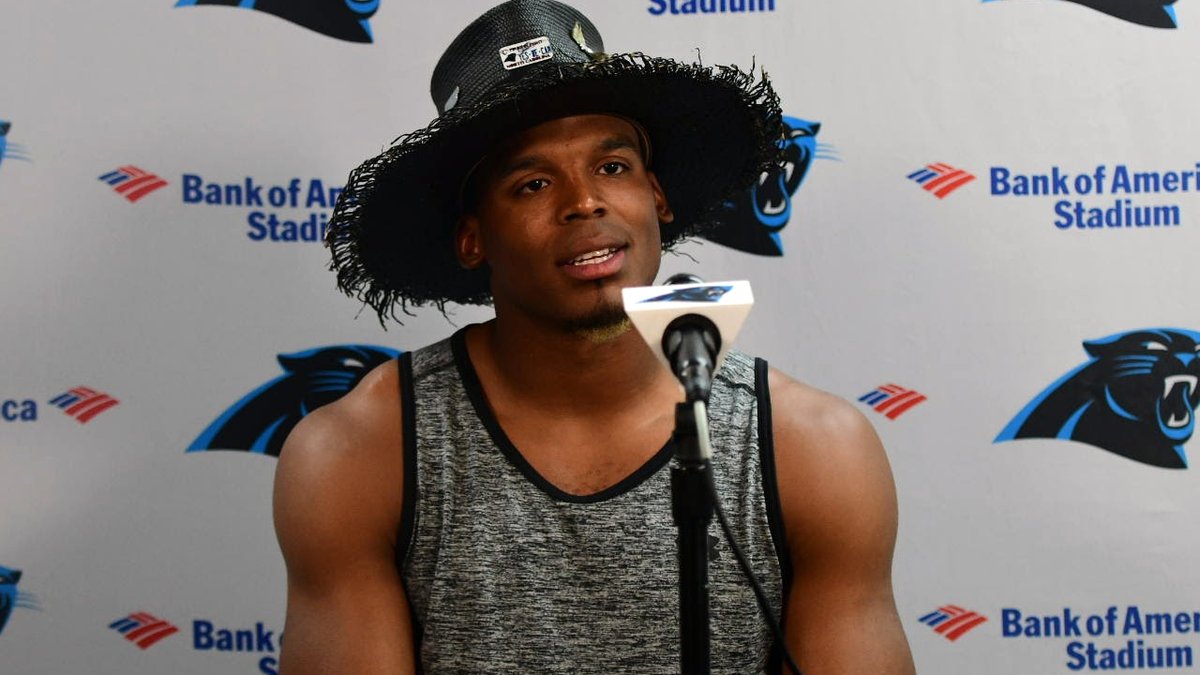 It’s official Cam Newton is the Russell Westbrook of the NFL.

Just like Russell, Cam is a lover of bold prints, flamboyant colors and eccentric pieces of clothing that most of us wouldn’t dare be caught in.

Well of course, we have the scoop on Cam’s hat. He wore a custom design by hatmaker Nick Fouquet, and we’re guessing the blond goatee is Cam’s attempt to start a new trend.

I asked Ron Rivera about Cam's hat, he said Newton's been wearing it for 3 days, and he's a bit jealous! #Panthers pic.twitter.com/enMUEcUck5

Fresh Update::: We need to talk about Cam Newton’s fancy hat and Sisqo-like goatee: Some days… https://t.co/wjm0ocNaRf Via @BadManWizz

Can we all just stop for a moment to admire the majesty that is Cam Newton's hat? Because holy crap, that is epic.

Cam Newton got the hat on from "Jeepers Creepers" pic.twitter.com/znSIwMbhvA

Prama FC Players Give Us A Taste Of Fashion