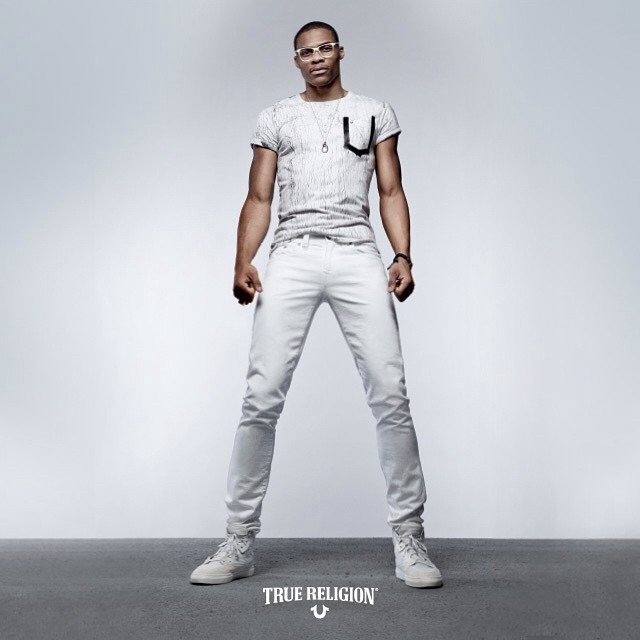 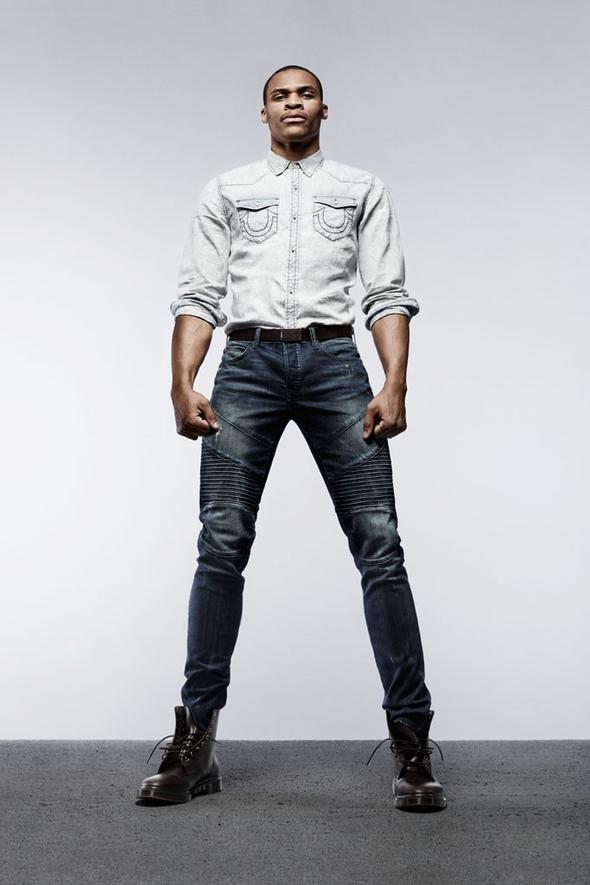 Russell Westbrook is the new face of True Religion Denim!

Although we can all ditch saying “Happy New Year”, 2015 is still very fresh and full of possibilities. One NBA player who’s 2015 is off to a great start is Oklahoma City Thunder’s guard Russell Westbrook. He’s scoring career high points on the court and off the court as well.. So far, he’s had two major fashion and accessories collaboration this year alone. But who’s counting? That’s the NBA’s job.

Mr. Westbrook has been recently named True Religion Denim’s Creative Director and the face for its Spring/Summer 2015 collection. During All Star weekend you can find Mr. Westbrook on your TV screens, playing in the All Star game, and you can also catch him at the True Religion store located near the Barclays Center, doing some press.

These styles here are not typical “Westbrook” but hey, remember that sunglasses company he has? He can easily pair one of his shades with these outfits so he can add a little bit of him in these looks.

Russell Westbrook. The creative force behind True Religion's Spring 2015 Campaign. See how the mega-athlete turned fashion icon makes an epic statement of True style and shows the world how fortune favors the bold. 2.14.15

Do you think True Religion’s collaboration with Westbrook is a loose or a tight fit? 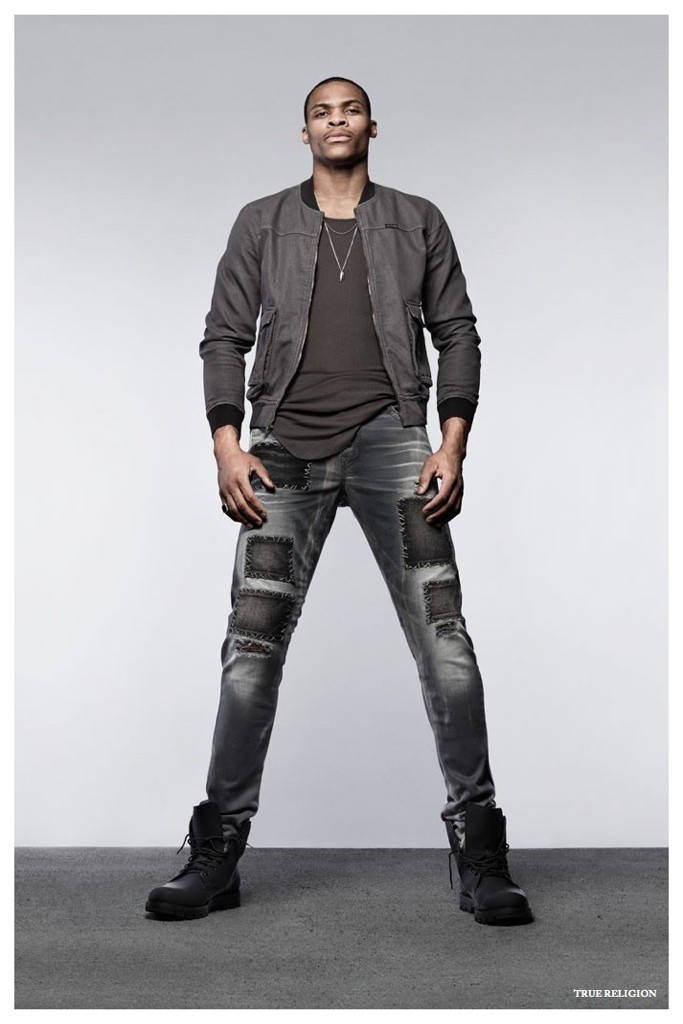