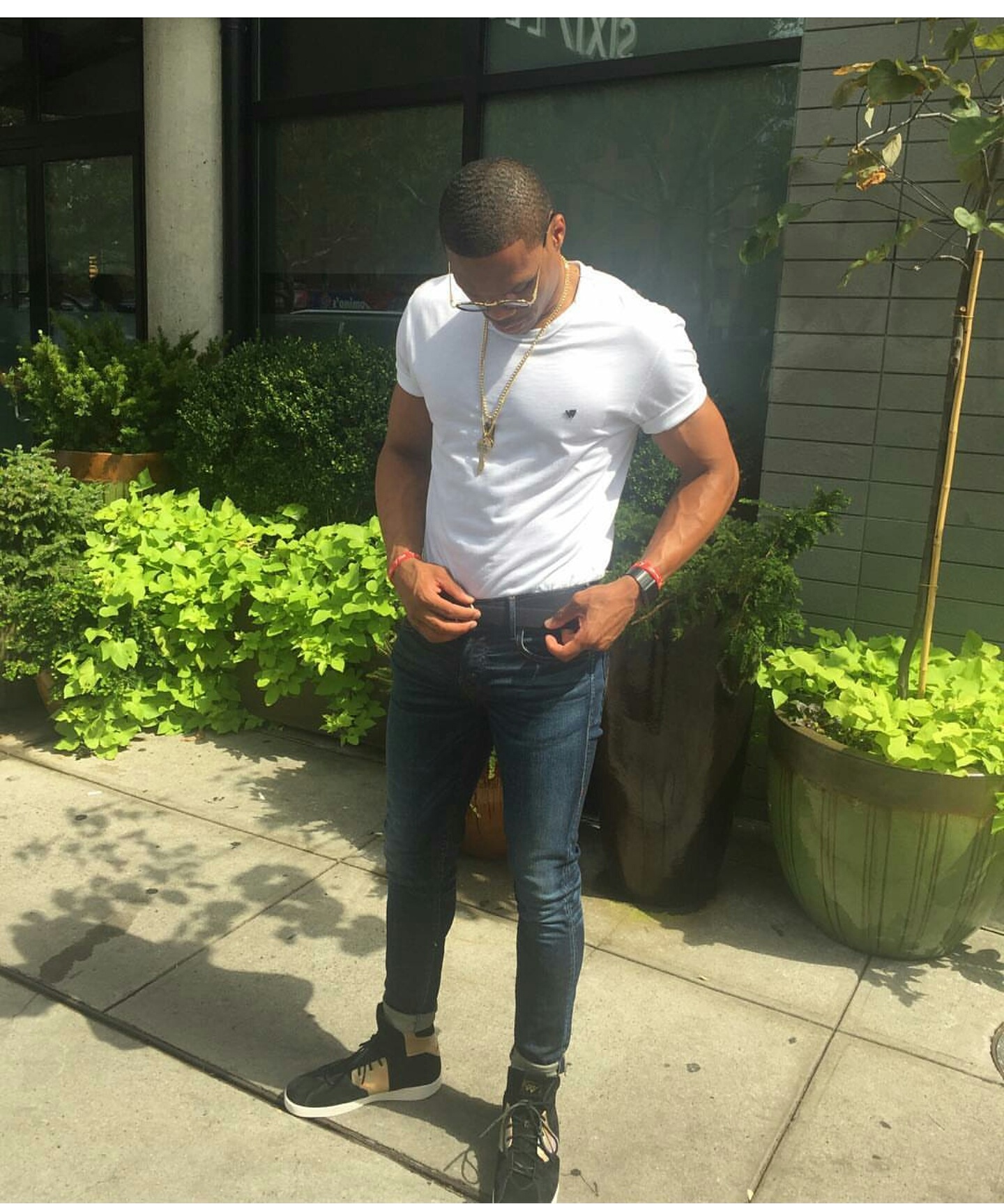 The talented guard was spied in attendance for the highly-anticipated Yeezy Season 4 runway show by rapper/producer/fashion designer Kanye West.

Are you a fan of the look?