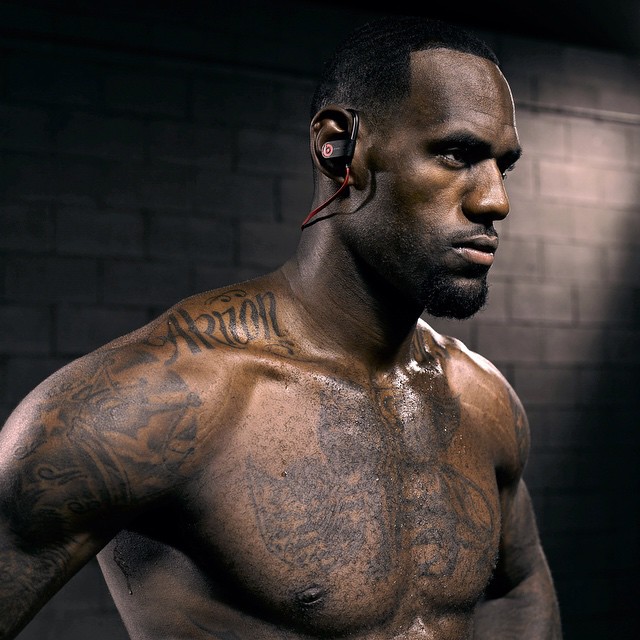 Unless you’ve lived under a rock for the last six months, you probably know that LeBron James is back in Cleveland.

The Akron, Ohio native rejoined the Cleveland Cavaliers this past summer, rekindling his relationship with both a team and a community that welcomed him back with open arms.

James holds endorsement deals from a slew of globally known companies, one of them being headphone giant Beats by Dre.

Beats recently paid tribute to James’ homecoming in a commercial spot for their new Powerbeats 2 wireless headphones. In the ad, which includes a heartfelt message from his mother, LeBron visits his old high school, St. Vincent-St. Mary’s in Akron and works out in the gym that is named after him.

After two championships with the Miami Heat, James is looking to re-establish himself in his hometown, which is the focus of the Beats ad campaign.

James is shirtless in parts of the ad, showing off the “Akron Est. 1984” tattooed on his left shoulder. As the commercial ends, the words “Re-Established 2014” crawl across the screen under his name.

Meanwhile, the product the advertisement is actually for, the aforementioned Wireless2 headphones, launched this past summer and are priced $199.

It was a lucrative off-season for James, who is a Beats shareholder. When Apple purchased the company for $3 million, James reportedly made around $30 million. Coupled with the announced release of his latest Nike signature shoe, the LeBron XII, the King has a lot to look forward to now that he’s back home.